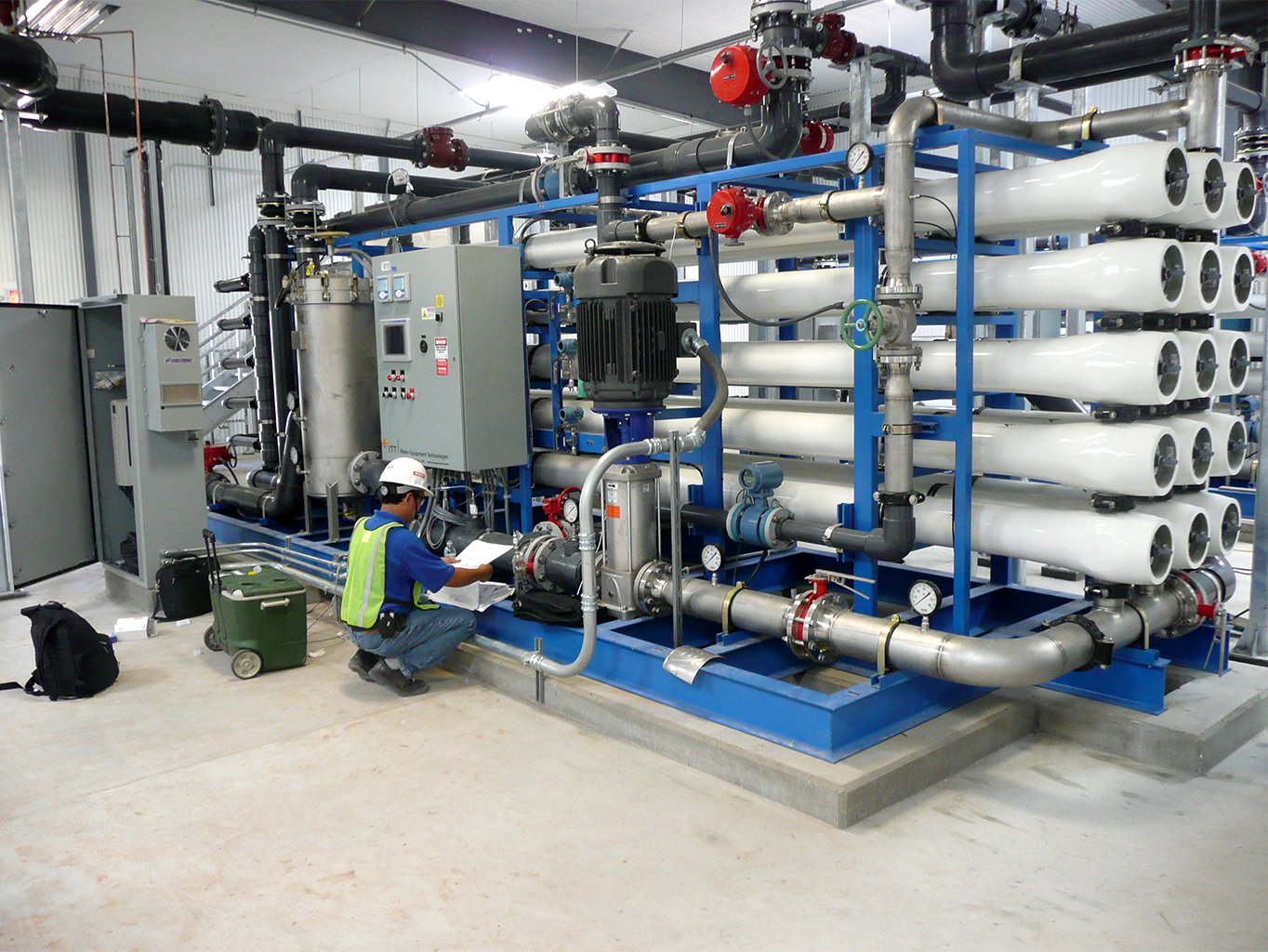 A small number of people on earth depend on desalination systems for clean drinking water. World organizations are forcasting those numbers to grow as current potable water supplies dwindle. Currently populations that are dependant on desalination filtrations systems tend to be third world countries that are established on coastlines.

The leading process for desalination in terms of installed capacity and yearly growth is reverse osmosis (RO).The RO membrane processes use semipermeable membranes and applied pressure (on the membrane feed side) to preferentially induce water permeation through the membrane while rejecting salts. Reverse osmosis plant membrane systems typically use less energy than thermal desalination processes. Energy cost in desalination processes varies considerably depending on water salinity, plant size and process type. At present the cost of seawater desalination, for example, is higher than traditional water sources, but it is expected that costs will continue to decrease with technology improvements that include, but are not limited to, improved efficiency, reduction in plants footprint, improvements to plant operation and optimization, more effective feed pretreatment, and lower cost energy sources.

The reverse osmosis process is not maintenance free. Various factors interfere with efficiency: ionic contamination (calcium, magnesium etc.); DOC; bacteria; viruses; colloids and insoluble particulates; biofouling and scaling. In extreme cases, the RO membranes are destroyed. To mitigate damage, various pretreatment stages are introduced. Anti-scaling inhibitors include acids and other agents such as the organic polymers polyacrylamide and polymaleic acid, phosphonates and polyphosphates. Inhibitors for fouling are biocides (as oxidants against bacteria and viruses), such as chlorine, ozone, sodium or calcium hypochlorite. At regular intervals, depending on the membrane contamination; fluctuating seawater conditions; or when prompted by monitoring processes, the membranes need to be cleaned, known as emergency or shock-flushing. Flushing is done with inhibitors in a fresh water solution and the system must go offline. This procedure is environmentally risky, since contaminated water is diverted into the ocean without treatment. Sensitive marine habitats can be irreversibly damaged.

Off-grid solar-powered desalination units use solar energy to fill a buffer tank on a hill with seawater. The reverse osmosis process receives its pressurized seawater feed in non-sunlight hours by gravity, resulting in sustainable drinking water production without the need for fossil fuels, an electricity grid or batteries. Nano-tubes are also used for the same function (i.e, Reverse Osmosis).