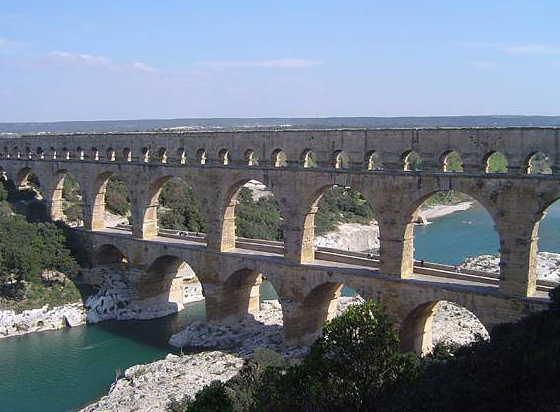 Historical evidence suggests that water treatment was recognized and practiced by ancient civilizations. Basic treatments for water purification have been documented in Greek and Sanskrit writings, and Egyptians used alum for precipitation as early as 1500 BCE.

In modern times, the quality to which water must be purified is typically set by government agencies. Whether set locally, nationally, or internationally, government standards typically set maximum concentrations of harmful contaminants that can be allowed in safe water. Since it is nearly impossible to examine water simply on the basis of appearance, multiple processes, such as physical, chemical, or biological analyses, have been developed to test contamination levels. Levels of organic and inorganic chemicals, such as chloride, copper, manganese, sulfates, and zinc, microbial pathogens, radioactive materials, and dissolved and suspended solids, as well as pH, odor, colour, and taste, are some of the common parameters analyzed to assess water quality and contamination levels.

Regular household methods such as boiling water or using an activated-carbon filter can remove some water contaminants. Although those methods are popular because they can be used widely and inexpensively, they often do not remove more dangerous contaminants. For example, natural spring water from artesian wells was historically considered clean for all practical purposes, but it came under scrutiny during the first decade of the 21st century because of worries over pesticides, fertilizers, and other chemicals from the surface entering wells. As a result, artesian wells were subjected to treatment and batteries of tests, including tests for the parasite Cryptosporidium.

Not all people have access to safe drinking water. According to a 2017 report by the United Nations (UN) World Health Organization (WHO), 2.1 billion people lack access to a safe and reliable drinking water supply at home. Eighty-eight percent of the four billion annual cases of diarrhea reported worldwide have been attributed to a lack of sanitary drinking water due to lack of modern water treatment. Each year approximately 525,000 children under age five die from diarrhea, the second leading cause of death, and 1.7 million are sickened by diarrheal diseases caused by unsafe water, coupled with inadequate sanitation and hygiene.